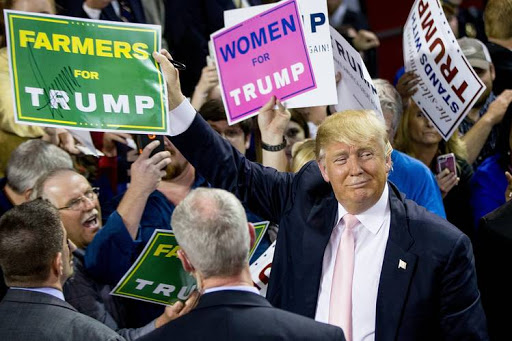 The lead story in Sunday's New York Times exposes yet another scam by Trump and his crew, this one shaking down his supporters.
Last fall, the Trump campaign was running out of cash while being badly outspent by the Democrats. So Trump got his media megaphones -- Rush Limbaugh et al -- to urge all Trump supporters to dig as deep as they could to donate online to bail out the Trump campaign. Ten of thousands did. Most thought that they were making one-time donations. But the Trump campaign and WinRed, the for-profit company that handled its online donations, set up recurring donation to be the default for new online donors. So unless donors chose to opt out of recurring donations, they were unknowingly agreeing to donate every week until the November election. Consequently, many of Trump's most earnest supporters got trapped into this cold-hearted schemes that emptied their bank accounts and caused some real hardship.
By now, no one should be surprised that there's no depth to which Trump and his cohort won't stoop. The wonder is that so many Trump supporters still look to him for leadership, and that so many continue to fall for Trump's confidence game.
Here's that NY Times article, which provides the gory details.
Posted by Jason O'Neal at 4:21 PM

Charlie Chaplin's Famous speech from his 1940 movie The Great Dictator