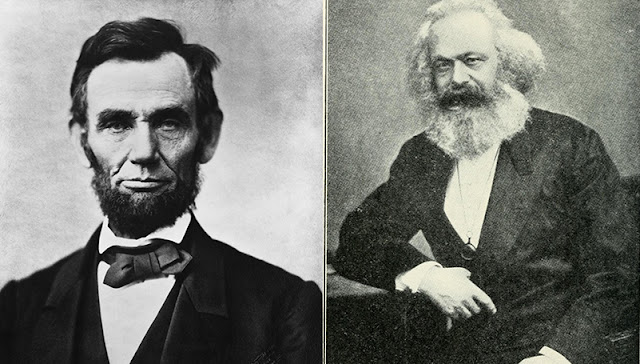 “His latest proclamation, which is drafted in the same style, the manifesto abolishing slavery, is the most important document in American history since the establishment of the union, tantamount to the tearing up of the old American Constitution.

Nothing is simpler than to show that Lincoln’s principle political actions contain much that is aesthetically repulsive, logically inadequate, farcical in form and politically contradictory as is done by the English Pindars * of slavery, The Times, The Saturday Review and tutti quanti. But Lincoln’s place in the history of the United States and of mankind will, nevertheless, be next to that of Washington! Nowadays, when the insignificant struts about melodramatically on this side of the Atlantic, it is of no significance at all that the significant is clothed in everyday dress in the new world?

Lincoln is not the product of a popular revolution. This plebeian, who worked his way up from stone-breaker to Senator in Illinois, without intellectual brilliance, without a particularly outstanding character, without exceptional importance—an average person of good will, was placed at the top by the interplay of the forces of universal suffrage unaware of the great issues at stake. The new world has never achieved a greater triumph than by this demonstration that, given its political and social organization, ordinary people of good will can accomplish feats which only heroes could accomplish in the old world!” 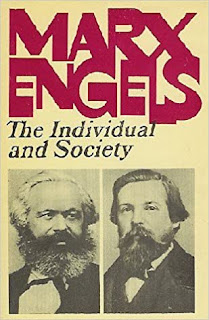 Hegel once observed that comedy is in fact superior to tragedy and humorous reasoning superior to grandiloquent reasoning. Although Lincoln does not possess the grandiloquence of historical action, as an average man of the people he has its humor. When does he issue the proclamation declaring that from January 1,1863, slavery in the Confederacy shall be abolished? At the very moment when the slave owners of the border states believed that the invasion of Kentucky by the armies of the South had made, “the peculiar institution” just as safe as was their domination over the compatriot President Abraham Lincoln in Washington”

From Marx writings October 7 1862 Marx wrote for the US paper The New York Tribune as a foreign correspondent. From K Marx and F Engels Collected Works Vol 19 page 249-51. This excerpt from Marx and Engels writings on, The Individual and Society

Marx's Letter to Lincoln can be read here.

“Lincoln was a socialist or even knew of socialist thought. I do not think he did. By profession he was a lawyer and close to some of the railroad magnates who wanted to government help to finance and build a trans-continental railroad. He and the Republican Party had lots of business support. Organized labor and socialist movements barely existed in the USA at that time, so it is very doubtful they had much influence on Lincoln compared to the many powerful business influences that we know he responded to or worked for. From his humble beginnings he did seem to sympathize with ordinary people, but he also was a very savvy politician who knew the importance of lining up powerful donors and supporters on his side to win.”

Posted by Richard Mellor at 8:39 AM

Charlie Chaplin's Famous speech from his 1940 movie The Great Dictator