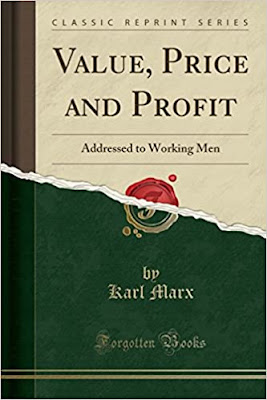 Goldman Sachs has had a hard time attracting traders as the market in the money dealing business is pretty hot right now. So, like any employer of labor power, Goldman has had to jack up wages/compensation as demand in this parasitic business is outstripping supply. Average US hourly wages have risen by 4.7% in December according to the US Labor Department so it’s widespread. Though the present inflationary spiral will certainly eat up those raises that were won in recent strikes in manufacturing and other industries.

It’s a problem throughout the free market system as the Omicron variant and the pandemic in general is either keeping people at home, and as reports in the media have confirmed of late, many people are tired of the competitive dog-eat-dog work-life and are finding ways to get out of it.  What the mass media describes as “erratic” childcare is another issue keeping people away from the workplace and pushing others to retire.

But what is interesting is how this in regards to Goldman Sachs is reported in the more serious journals of capitalism, those that they read themselves. The Wall Street Journal puts it this way: “The Compensation expenses weighed heavily on fourth quarter results, Goldman’s fourth quarter profit declined 13% to 3.94 billion.”

So here we have it from the horse’s mouth. When they report in the capitalist’s mass media on attempts by workers to raise wages, through slow down strikes or whatever, in general, the main thrust is that if we continue to fight for them, it will mean one of three things or a combination of all of them.

(1) They will have to raise prices

(2) They will be forced to lay off workers

Not one word about profits

In other words, the whole orientation is toward the workers’ interests. They care so much about keeping us in our jobs and being able to feed our families that they take the time to educate us about the dangers of higher pay.  According to the capitalist class and their mass media, wages and prices are organically linked.

But as Marx pointed out in Value Price and Profit:

If the capitalist pleases to feed you upon potatoes instead of upon meat, and upon oats instead of upon wheat, you must accept his will as a law of political economy, and submit to it. If in one country the rate of wages is higher than in another, in the United States, for example, than in England, you must explain this difference in the rate of wages by a difference between the will of the American capitalist and the will of the English capitalist, a method which would certainly very much simplify, not only the study of economic phenomena, but of all other phenomena.

But even then, we might ask, why the will of the American capitalist differs from the will of the English capitalist? And to answer the question you must go beyond the domain of will. A person may tell me that God wills one thing in France, and another thing in England. If I summon him to explain this duality of will, he might have the brass to answer me that God wills to have one will in France and another will in England.

The will of the capitalist is certainly to take as much as possible. What we have to do is not to talk about his will, but to enquire into his power, the limits of that power, and the character of those limits. My added emphasis.

It seems painfully obvious what is linked to wages and it is not prices but profits.  If we win higher wages from the boss, it means that their income (profits) will decline and the report on the wage pressure at Goldman and other firms confirms this. They are honest in these reports because they are not read and certainly not oriented to the those of us that receive payment for the employers use of our labor power (wages).

When they report about this in the mass media, it’s all about how wage increases hurt workers and consumers, not a word about profits and that their kid may have to go to a public university instead of a private one or the summer home in the Seychelles might have to be sold and so on.

It seems like a minor point but it is not. When my co-workers first sent me to be on our negotiating team in 1982, I had never done anything like that and  it ended up being a great education for me. One aspect of it was the bosses’ insistence, and most of the union team accepted it, that there was a “wage pool” and that our job was to divvy it up. In other words, as Marx’s opponent on the wages/prices issue in Value Price and Profit argued, “….. the amount of real wages, that is to say, of wages as measured by the quantity of the commodities they can buy, is a fixed amount, a constant magnitude.”

Even today, many workers will argue that asking for too much will result in one or all of the responses from the bosses’ above. But it is so easy to shoot down and exposing it for the propaganda that it is, there are so many examples that confirm Marx’s view. The real issue is that the boss doesn’t want us to increase our share because it will decrease his. Not popular.

Take the time to read Value Price and Profit.  This is why Marx is demonized, is hated by the global capitalist class. This is why that monstrous regime, Stalinism, that ruled the Soviet Union for decades is referred to as “Communist”  by the capitalist media, it's in order to keep workers away from Marx and his ideas.

Posted by Richard Mellor at 9:22 AM